It took me quite a while to feel like we had built enough trust together through this restarting process to start him back under saddle. I needed this new “first ride” to be a wholly positive experience for both of us. I wanted to wait until it felt right and I knew I would know when that moment finally arrived. The only expectations I wanted to carry into the ride were that it was going to be short, sweet, and success would be defined as keeping the horse between me and the ground. 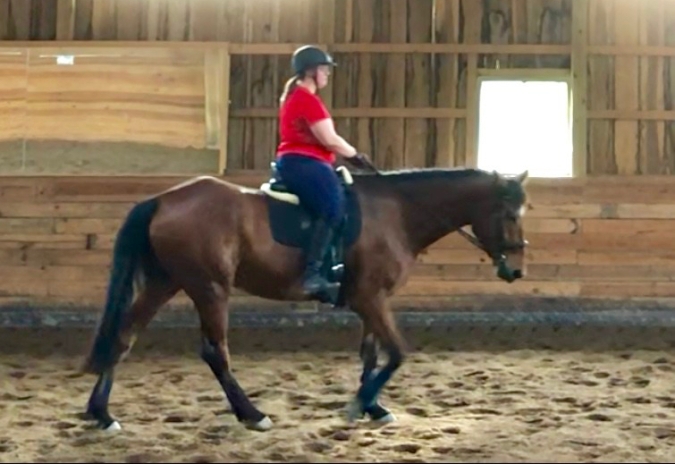 I lunged him briefly before we started and he was listening and responsive. He stood okay for me at the mounting block and I made some noise and flapped the stirrups but he wasn’t phased. He did walk off the second I had mounted though, so we will have to work on that more. We had a nice loose rein walk around the arena and he wasn’t concerned about anything. Unlike Harley, he barely swivels an ear for the pigeons rustling around in the rafters.

One thing I noticed that he did often, I think it is an unintended consequence from the groundwork I did with him, was to step his back end to the side every time he stopped. Maybe I overdid the hindquarter yields a little? Who knows, but I think I should be able to correct it fairly easily with some firmer leg support into the stops to channel him into a square halt. We walked and tried some steering and I even felt bold enough for some trot. He was great going left but a little sticky going right. I realize I’m probably babying him a little but he is also still super under-muscled. Conformationally, he already has a long back and weak loin so I am taking it slow and and relying more on ground work and nutrition to prepare him better for carrying my weight.

We’ve done a total of three rides so far and I am learning a lot about him. Some things I am particularly pleased about so far are: his minimal spook response; his excellent whoa; the effort I can literally see him making to listen to me; and dat shiny shiny hiney! A few things that are on my list to work on/correct are: standing quietly after I’ve mounted; install a more responsive “go”; and STEERING omg we literally have no steering so we’ll have to go all the way back to flexion and connecting the loin to the rein.  He is also magnetically drawn to the sliding doors of the arena which both baffles and irritates me because he hasn’t worked in the arena enough to think that’s the way out and it irritates me because he will try to scrape me on the wall on that side so this will have to be addressed immediately. Now that I think about it, maybe it doesn’t have as much to do with the doors as the horses that are in their stalls on the other side of those doors….hmmm…

Our most recent ride began with the monthly tornado siren test that I had completely forgotten about… my barn is next door to a fire station and the county’s tornado siren. Luckily, all Bravo did was stand there listening with big eye balls and then it took a second to get his focus back to work. 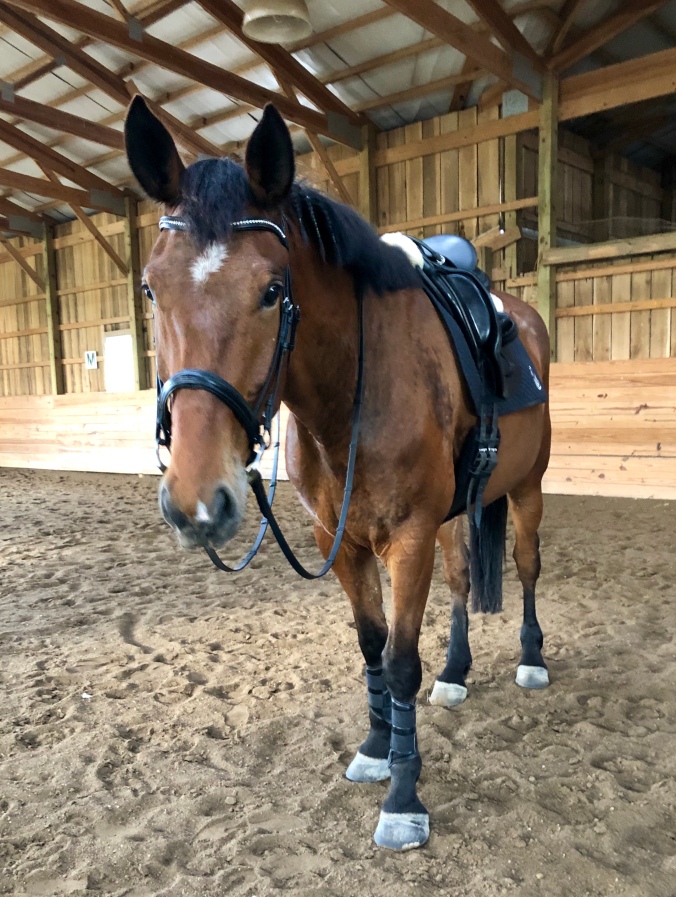 I know that I am really struggling with some saddle balance/fit issues now because he and Harley are just built completely different- he is downhill with a long wither and an arrow straight flat back where as Harley had a big wither but was uphill and had a curvy back. I have been desperately trying to pad and shim to make my saddle fit as well as it can, but I think the writing is on the wall. There is a saddle fitter coming to my barn on Friday and I am going to have her look at my saddle and give me the hard truth and maybe some recommendations. Ya know, advice that I can throw out the window in 6 months when his entire body morphs again…. 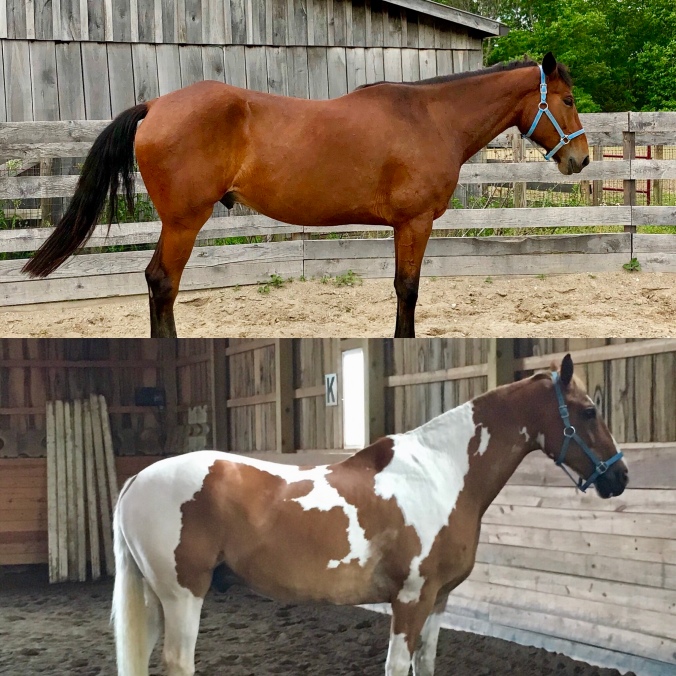 Yeah. Not the same…

Last Friday, my friend came out to help me with him and she’s the only other person besides me to have ridden him since I bought him. They looked great and even though he demonstrated some of the same training gaps…ahem, steering and door magnetism… he did really well for her and she is such an excellent rider. I hope she is willing to come help me out with him more often this summer. 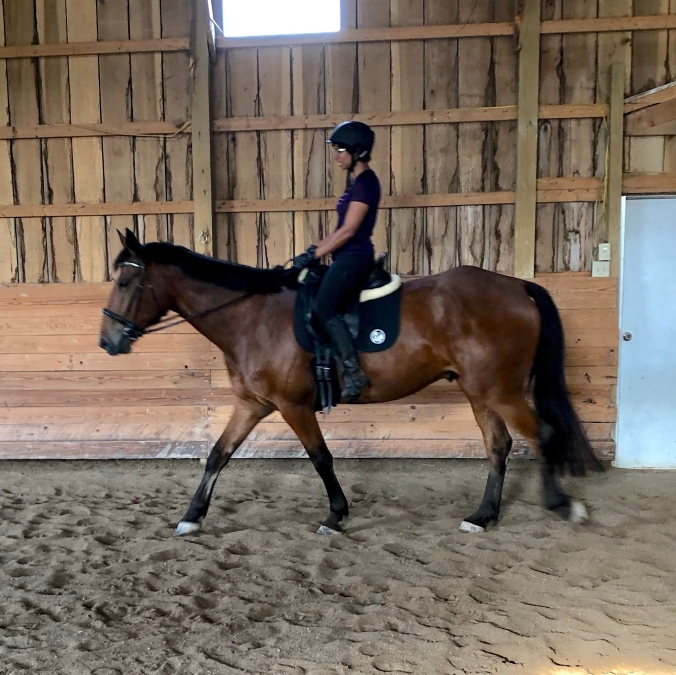 So much to work on! Any good tips you’d be willing to share to teach steering or to build topline? Sadly, hills are not available. I’ve got a pair of sliding side reins (Lauffer reins) on order to play around with and I want to try some body wrapping stuff I’ve seen to encourage him to lift and engage those abs. I don’t intend to rely much on gadgets, but I want to give him some guidance on different ways to use his body. Are there any you like?

Back in the Game

Bringing up Bravo: Ramping Up